Hobbits are incredibly interesting folk who, keeping in mind their absence from the public eye in the Elder Days, First and Second Ages, come to play a huge role in the events of the Third. After The Hobbit came out in 1937, readers were eager to learn more about Hobbits and this public interest called for the sequel. The Hobbits’ adventures in The Lord of the Rings are very different from those of Bilbo Baggins, but they still show them as remarkable folk who deserve our greatest attention. Let’s have a look at the collection of facts, some of which I shared as part of my 1 like = 1 Hobbit fact interactive on Twitter on October 25. It is by no means a full list, so I encourage you, my dear readers, to share your favourite Hobbit facts in the comments below. 1. J. R. R. Tolkien was himself greatly amused by Hobbits. He could write endless dialogues between them on the most trivial matters, including food, drink or some funny events. Tolkien enjoyed it a lot, but too much Hobbit-talk was not to the taste of some readers, namely C. S. Lewis. It was Lewis who advised Tolkien to cut down on the amount of Hobbits’ conversation in the opening chapters of The Lord of the Rings — the suggestion which Tolkien complied with. Also with Lewis’s help the Professor was able to overcome the deadlock he had reached at some point in writing. His comment that he found Hobbits amusing in unhobbitlike situations inspired Tolkien to change the White Rider, they initially encounter on their journey from Bag End, to the Black Rider, and after that the story began to develop further.

2. Hobbits are a branch of the human race and are often called the Little Folk because of their being rather small — between 2 and 4 feet tall. They could easily and peacefully co-exist with Men, as we see in Bree. Hobbits have absolutely no magic about them but possess a unique ability to move very quietly without others’ noticing them. They have feet covered with hair and tough, leathery soles, so the Little Folk usually walk barefoot. Thus the fact that Aragorn’s predecessor in the early versions — the Hobbit named Trotter — wore shoes makes him very peculiar.

3. Hobbits are much closer to nature than Men are. They have no interest in machines of any kind, but mostly in tools to till their gardens and farmlands with. This closeness to nature also shows in the colours they choose to wear: Hobbits especially favour yellow and green. Delight in cultivated lands, comfort and simple things is a characteristic trait of Hobbits: they value good food, good laugh and good company. Being very down-to-earth, they are also free from ambition or greed of wealth. This ability to enjoy simple things in life is praised by Thorin Oakenshield in his parting conversation with Bilbo: “If more of us valued food and cheer and song above hoarded gold, it would be a merrier world” (The Hobbit, p. 333). 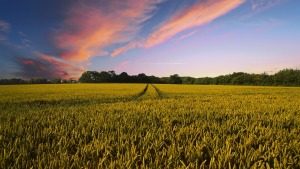 4. In their marriages Hobbits are monogamous. It is very rarely that if a Hobbit’s spouse dies young, that they marry for the second time. Knowing by heart their family histories and genealogical trees is something Hobbits take great pride in. As Gandalf says to Théoden on meeting Merry and Pippin on the ruins of Isengard and listening to their chatter: “These hobbits will sit on the edge of ruin and discuss the pleasures of the table, or the small doings of their fathers, grandfathers, and great-grandfathers, and remoter cousins to the ninth degree, if you encourage them with undue patience” (Two Towers, p. 196). Well, Hobbits are Hobbits. However, this interest in their own family histories renders them absolutely uninterested in the events of the world. They do not know much of what is happening elsewhere and thus do not meddle in the affairs of other lands or kingdoms. This way of life put Hobbits out of Sauron’s attention as for a long time he did not even consider them in his schemes and plans.

5. Hobbits usually dwell in comfortable holes, which is the custom among either very rich, or very poor Hobbits. Many others took to building houses of wood, brick or stone. However, there is a common trait among all Hobbit dwellings: they are never high. Hobbits cannot stand heights and do not sleep upstairs (if there is any upstairs at all), so when forced to climb to a flet in Lothlórien to spend the night there, only Sam finds it easy to sleep comfortably without the fear of rolling off. There are no towers in Hobbit lands and the houses they build are usually low and long. Hobbit holes equal comfort but the main feature of their buildings still remains round windows and round doors.

6. Adventures are mostly frowned on by Hobbits. They are totally unadventurous folk who, as the time passed, grew afraid of the Elves, who they used to keep in touch with, and stopped any communication with them. As Bilbo Baggins complains, adventures are “nasty, disturbing uncomfortable things!” which “make you late for dinner!”  (Hobbit, p. 7). It is a well-known fact that Mr Baggins began his adventure very soon after uttering these words and became one of the most important Hobbits of the Third Age. He lost the respect of his neighbours but, apart from vast treasure and the nickname ‘Mad Baggins’, gained more than he could possibly have gained had he stayed at home. It was, in fact, Bilbo’s Tookish side responsible for his going away. The Tooks have always been considered less respectable than other Hobbits as they are more adventurous than most. Another Hobbit clan with the the reputation of being odd are the Brandybucks.

7. Hobbits are a very peaceful people. There were very few battles in their lands and they were reluctant to fight. Nevertheless they can handle weapons and fight when needed. Though very fond of comfort, Hobbits can live without it if they have to and prove tough and sturdy people in possession of great endurance under pressure. As Bilbo’s and Frodo’s adventures show, Hobbits have much more to them than seems at first sight and are able to reveal their heroic side if circumstances demand it. Gandalf learnt from his own experience that the Little Folk can still surprise even after many years of acquaintance.

This site uses Akismet to reduce spam. Learn how your comment data is processed.